At Evolve, we understand that disorders of the nose and sinuses are not ‘minor’ problems. Thousands of Australians suffer from chronic sinonasal symptoms – ranging from nasal blockage, the illness, pain and fever of recurrent acute sinusitis, through to allergy, polyps, and nosebleeds.

Sinonasal dysfunction has the potential to severely impact patients’ quality of life, and when simple measures fail, your GP or respiratory physician may refer you for specialist review with an Evolve ENT surgeon. At Evolve, you’ll find a full range of natural, medical and advanced surgical therapies exist for improving your sinonasal health.

Your comprehensive review will include a careful investigation of triggers, including illness and allergy, and may include a painless flexible endoscopy, performed in the clinic under local anaesthetic, to examine the inner surfaces of your sinonasal cavity. For patients with severe, recurrent or skull base disease, our subspecialist rhinologist and anterior skull base surgeon can provide an expert opinion and advanced surgical care. 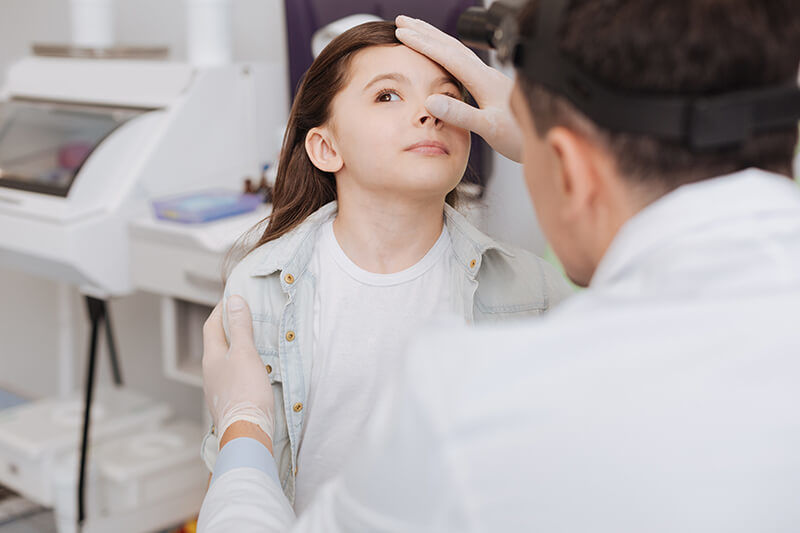 The nasal cavity is designed to warm and filter the air, and prepare it – cleaned, moistened and cleared of all particulate matter – for delivery to the lungs. It also filters bacteria and viruses and delivers them to the immune system for mounting a response against illness and disease… All within a single breath!

To achieve this impressive feat, the nasal cavity features a large, complex surface area characterised by folds and troughs of hair-lined, mucous producing lining which swells and shrinks to direct airflow from one nasal passage to the other. Unfortunately, the active nature of the nasal lining occasionally causes it to malfunction – and nasal congestion, running, sneezing, itch, snoring and the dreaded night-time dry mouth can result.

Problems of the nose and sinuses can severely impair an individuals ability to work, concentrate, study and enjoy life. Occasionally, uncommon triggers or non-allergic factors may be causative.

Your GP has a range of treatments at their disposal, however, if your symptoms are severe, persistent or where the cause of your nasal symptoms is multifactorial, they may choose to refer you to an Evolve ENT Surgeon for a comprehensive rhinological assessment, investigations and treatment plan.

Free flow of air when breathing through the nose requires a nasal cavity that is patent, or open, from front to back. This relies on a combination of factors. Some will be related to your unique nasal anatomy, and are constant, or ‘static’ – these might include a bent nasal septum due to an old sporting injury, or a narrow midfacial skeleton. Some structural factors are ‘dynamic’, and fluctuate with the breath cycle, such as the gentle indrawing of the flexible cartilage of the nostrils that occurs with each inward breath.

Physiological states such as pregnancy, allergic responses such as seasonal hayfever, food allergy, and misuse of nasal medications can also cause nasal blockage – the knock-on effects include snoring and sleep disruption, mouth drying, and impaired performance during exertion and sports.

The commonest causes of blocked nose in children differ significantly to those seen in adults, and often several factors contribute to airflow restriction. Establishing an effective long-term solution frequently requires a combination of medical and surgical techniques, combined to correct the structural and functional contributors underlying the nasal airway obstruction.

Reasons for a rhinoplasty

A rhinoplasty is a surgical procedure to alter the shape and/or function of your nose. People have rhinoplasties for a variety of reasons. Sometimes, a patient’s concerns may be largely cosmetic – they may feel their nose is too large or bulbous, or be concerned about a particular feature of their nose, like a ‘hump’. At other times, a patient is concerned that their nose doesn’t work very well – the nostrils may collapse inward during breathing, or the nasal airflow may change after a fall or fracture. Frequently, following an injury a patient will feel their nose ‘just isn’t the same anymore’ – they wish to look and feel the way they did before.

At Evolve, we find that most patients when closely questioned, have a combination of functional and cosmetic concerns, and we aim to address and treat both.

‘Fashion Versus Function’: It is true to say that ‘attractive’ noses – the short, small and narrow ‘Hollywood’ nose for example – often look good, but don’t work very well!  At Evolve, we believe it is a tragedy if a nose looks good, but its owner is miserable because they cannot breathe and cannot sleep!

Many previous ‘cosmetic’ rhinoplasty patients seek an Evolve opinion to discuss improving their breathing following a rhinoplasty. This reconfirms for us of the critical importance of respecting the integrity and function of the nose, during any surgery.

Evolve ENTs perform a kind of rhinoplasty called a ‘functional rhinoplasty’. Far from being a simple ‘nosejob’, a functional a rhinoplasty addresses both the inside and the outside of the nose. Your Evolve surgeon will listen to your cosmetic and functional concerns, then consider why your nose looks the way it does, how its critical supports are put together, and how these supporting structures can (and cannot!) be surgically modified. The goal being a nose that looks great AND works effectively.

This approach often requires a ‘rhinoplasty’ (surgically changing the outer shape of the nose), a ‘septoplasty’ (straightening the wall between your nostrils to align airflow currents) and a reduction of inferior turbinates (a soft tissue remodelling of the long, fleshy filters occupying the nasal sidewall). Medical management of nasal ailments like rhinitis is often a critical part of the equation, and your Evolve ENT will spend time getting to know you and your needs before designing a tailored solution to improve your nose – inside and out.

Lets have a look at your nose – give us a call.

Minor nosebleeds are common. In adults, these usually occur because of delicate aging tissues, combined with blood pressure changes, and the increasing use of blood-thinning medications like aspirin and warfarin. Occasionally, hereditary diseases make an individual prone to recurrent troublesome nosebleeds, requiring a careful approach to ensure the nasal integrity is not compromised due to repeated unessecary procedures over time. A frontward fall with facial fractures can cause dramatic and dangerous nosebleeds, and some serious diseases, like sinonasal cancer, can present with bleeding from the nostrils.

There are many simple measures your GP can recommend to control simple bleeding from the front of the nose. Frequently, however, the diagnosis is not clear, or your nosebleeds may require a small surgical intervention to bring them under control. This can often be done painlessly in Evolve’s clinic rooms. In some cases, a small procedure under general anaesthetic may be required, to find and remedy a bleeding point further back within the nasal cavity.

During your clinic visit, your Evolve ENT may use a painless flexible telescope to review the internal surfaces of your nose, and rarely, a blood test or imaging studies may be required to rule out serious problems.

Sinonasal dysfunction has the potential to severely impact patients’ quality of life, and when simple measures fail, your GP or respiratory physician may refer you for specialist review with an Evolve ENT surgeon. At Evolve, you’ll find a full range of natural, medical and advanced surgical therapies exist for improving your sinonasal health. Your comprehensive review will include a careful investigation of triggers, including illness and allergy, and may include a painless flexible endoscopy, performed in the clinic under local anaesthetic, to examine the inner surfaces of your sinonasal cavity.

Acute sinusitis – characterised by a short bout of sinus pressure or pain, nasal discharge and blockage, and illness, may be a temporary phenomenon, and come, go, then never return. In some patient’s however, the ‘outflow tract’ of a sinus is narrow (or becomes narrow, following a respiratory illness). These patients may find themselves repeatedly suffering acute sinusitis. Frequently, surgery can assist these patients in returning to ‘normal’, and is very satisfying, for patient and surgeon alike!

Chronic sinusitis – as opposed to recurring bouts of short-lived sinusitis – requires a different approach, and different expectations. Chronic sinusitis is a long-term disease that must be expertly managed over time, just like asthma or diabetes. Patients with chronic sinusitis often have established ‘mucosal’ disease (that is, diseased lining inside the nose and sinuses). These patients are difficult to treat with a single therapy, and often benefit from thorough surgical clearance of the diseased tissue along with widening of the passages between the nose and sinus cavities. The purpose of the latter is to allow improved delivery of daily washes and medications that aim to control the disease process long term.

Your Evolve ENT will examine your situation and treat your particular problem, with a solution tailored to your sinonasal needs.

A collapsing nostril can often cause ‘nasal obstruction’ that is not related to the internal nasal health. This is a dynamic, or ‘movement related’ problem, whereby the force of indrawn breath is greater than the strength of the nostril cartilage to withstand it. The end result is that with each breath, one side of the nose ‘collapses shut’.

There are some commercially available products which assist some patients affected by collapsing nostrils, but occasionally, a thorough ENT review – which assess the internal surfaces of the nose, as well as the dynamic forces at play within the nasal tip – is required. A ‘tip rhinoplasty’ may ultimately be required, to stabilise the flap of cartilage in the outer portion of the nose, so that it can more strongly withstand the force of breathing during quiet breathing, heavy breathing, exercise and sleep. Your expert Evolve ENT will assess the specific factors causing your problem, and will recommend the best alternatives for your situation.

Beyond expert ENT care, Evolve surgeons ensure you understand your condition, and help you take control of your healthcare journey.